Commentaries and observations about the conflicting moral beliefs and psychological issues facing our culture. 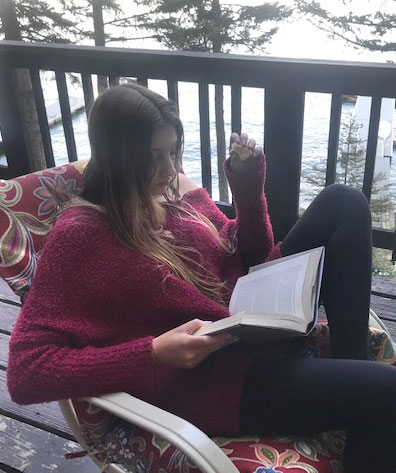 You will receive an email announcing future posts to "Today's Ideas."

Your email address is safe with us, it is held with strict confidence and is not shared. 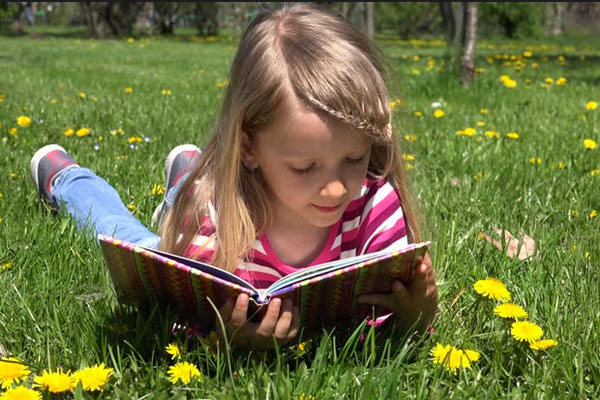 The James Webb Space Telescope (the Webb) was launched Christmas Day from French Guiana. It is now at its assigned location nearly one million miles from Earth. From there, the Webb will peer into endless space, looking back in time as it explores the Universe in exquisite detail.

The Webb is the largest telescope ever sent into space - larger than a tennis court and three stories high at full extension. It’s also the most powerful, estimated to be 100 times more powerful than its 30-year-old predecessor, the Hubble.

The Webb will probe the still-expanding universe, capturing light from the “Big Bang” which, astronomers estimate, occurred fourteen billion years ago. The Webb will focus on galaxies which emerged from the Big Bang -- galaxies which are countless trillions of miles distant and billions of years older than Earth.

As the Webb searches for stars new and ancient, it will also probe the cosmos for signs of life in stellar systems so incredibly remote in age and distance as to boggle the wildest imaginings. Even the fundamental equation of “light-years” fades as Webb reveals further mysteries about the Creation of the Universe – and the Creative Mind which sustains it all.

Here, for your information, is a link (of many now available):

The eponymous James Webb was head of National Aeronautics and Space Administration from 1961 to 1968. He retired prior to Neil Armstrong and Buzz Aldrin’s moon walk. Under his leadership, NASA launched nearly 80 missions which studied the sun, myriad galaxies and Earth’s environment.

The Webb’s revelations are expected to last five to ten years, as it’s gold-plated mirrors explore immeasurable numbers of stars, planets, nebulae and galaxies, seeking information about how the Universe began, where it is heading, what Creation is all about, and where we fit into this stunning, miraculous reality.

Webb now sits at “L2,” its assigned location in space. “L2” refers to the second “Lagrange Point,” of which there are five in our solar system. As NASA explains, Lagrange Points are "a wonderful accident of gravity and orbital mechanics" where the gravitational pull of Earth and sun balance the pull of smaller orbiting bodies. The L2 zone of stability allows NASA to "park" the Webb in a fixed position with relative security.

Webb’s Lagrange Point lies in the opposite direction from the sun, aiding Webb’s search for dim, extremely distant objects. Its fixed location also allows an array of giant radio antennae aligned around the Earth to maintain contact as Earth rotates.

The downside of Webb’s distance is that no repairs are possible. Hubble, a mere 350 miles above the Earth, was serviced by five repair missions between 1993 and 2009. Such care is not possible with Webb. L2’s distance necessitated years of exhaustive pre-launch preparations; details are staggering.

It will take six months of sensitive alignments - as engineers adjust instruments - until Nasa finally receives Webb’s first observations. We can only imagine the results then to come, the revelations we shall behold, further facts about the Universe we shall learn, the myriad mysteries we shall confront, the wondrous truths unveiled which reflect the Mind of our Creator.

How  Shall  We  Respond

Webb’s complexity reveals the wondrous ability of the human intellect and the astonishing attainments of science. In fact, the word “science” is derived from the Latin word for knowledge, “scientia.” BUT, our store of acquired knowledge is not an end in itself. Simply knowing a lot of complex head-stuff does not mean we possess understanding or insight which bestow prudence or wisdom or the abundant virtues which Revelation proposes.

So, while scientific technology prods the intellect with the “What” of creation, it does not resolve the heart’s yearning to know “Who” and “Why?”

A further yearning to “know” exists beyond science. We possess a deeper human need to understand the mysteries behind science, a need to comprehend Creation’s origin and purpose – and ours.

Our search for this depth of understanding invariably compels us to accept - or to reject - the fact that we are dependent creatures with limited abilities. We study Creation, but we are not its Creators. We are limited as to what we can comprehend by ourselves. Invariably, we are called to accept our limits - and appreciate the practical necessity of faith in our everyday life.

Many skeptics balk at the mention of faith, and some hard-core cynics snort and stifle a chuckle, as if faith were a sign of a failing mind or the realm of a child’s fairy tale. Indeed, some folks prefer to put their faith in government rather than in God.

But … when we look closely at life’s realities, we recognize that faith is an essential, everyday habit of mind and heart. Everyday faith makes it possible for us to live a normal life without constant stress, deadening anxiety and the anticipation of disaster.

The truth is that we make constant acts of faith many times each day … when we put our trust in people and events and institutions and systems over which we have no knowledge or control.

The exercise of faith is as normal - and as necessary - as breathing. It’s so normal that it quickly becomes an unconscious habit which is fundamental in everyday life. It’s also handy, because we do not want to sweat the small stuff. Faith becomes an ordinary act of belief, hope and trust in persons unknown. In family, work, on the freeway, in stores, especially with the Webb, repetitive acts of faith are constant factors in our sanity, our survival and our astounding human achievements.

Acts of faith weave in-and-out of our lives each day, operating on a continuum from simple things to complex decisions. But all involve trust (implicit or explicit) as our way of dealing with life’s mysteries and ambiguities.

Faith also moves our minds from a “hope-and-a-hunch” to an “Aha!” It works on a different level than the intellect, which looks for clockwork certainty and logical clarity and “getting it in writing.”

Mystery  Is  The  Norm

When we make acts of faith, we implicitly accept life’s mystery with our hearts as well as our minds. We acknowledge mystery’s persistent, but ineffable, presence - not simply with the intellect but also with a practiced sense of intuition and acceptance which bestow clarity-beyond-logic; clarity which is independent of the intellect’s need for explanations about events and relationships.

It makes eminent sense, then, that our faith in the Divine Reality of God involves far more than scientific knowledge (which, in perverse and captious manner, is ofttimes invoked to deny God).

Science provides us with the evidence of a Creative Mind -- but science does not thereby bestow upon us understanding or comprehension, insight or wisdom, clarity or virtue.

Furthermore, science and technology do not grant us that intuitive “Aha!” which faith grants. Science does not instill the transcendent sense of poetic awe which the music of a glorious sunsets begets.

Invariably, faith pushes us to a confrontation with the Divine origin of Creation, which includes our own existence. Sooner or later, we are called upon to recognize – or, as some do, to deny - the logical necessity of believing in God, our Creator.

Some militant anti-God folk resist any acts of faith in God. But how else can we rationally or intuitively explain the staggering mystery of Creation around us and within us? How else make sense of the conundrum that strength resides in weakness?

To be sure, as we persevere in faith, we always encounter normal bouts of self-doubt and episodes of recurring, fitful fallibility. But we will also realize that faith in God is - despite our distractions and failings - a most logical choice, a well-reasoned response to the mystery of Creation, including our own existence.

We will also realize that Creation makes rational sense when we accept the transcendent authority of our Creator, and honor the responsibilities inherent in our belief, hope, trust - and fidelity. And we will eventually understand the benefits and benevolence in the terms of our relationship which our Creator sets.

Faith in God means we have a two-way relationship with Him. Faith in God does not exist in a vacuum, static and snugly smug, unmoved or unmoving. It always leads to behavior, to action, to doing, to the risks of living virtuously, prudently, lovingly.

Faith also informs us that our relationship with God means we’re responsible to His authority, subject to His moral dictates … accountable to the “laws of Nature and of Nature’s God,” as our Declaration of Independence states.

Our relationship affirms that we are not autonomous individuals; we are not free to follow our whims or impulsive feelings. We are not given bloated, free-floating “freedom” to do as we please. The terms of our freedom are not relative, are not determined by each individual. The terms of human freedom are universal to all.

We are tasked to live by the moral limits which come with our freedoms; limits set by God. Our thoughts, choices and actions come with responsibilities and obligations to God, to one another ... and to ourselves.

Thus, moral responsibility and mutual accountability are the cost of our freedom. Consequences attach to what we say and do, to what we think and choose. We are accountable to God and to one another according to universal standards and objective laws intended to govern our choices and actions.

These standards take the form of laws (the Commandments and their corollaries) and virtues (i.e., the Theological and Cardinal virtues of faith, hope, charity, prudence, justice, fortitude and temperance). These standards are not “cosmic accidents.” They are guideposts from God which tell us we are responsible for our choices and accountable for their outcomes.

Responsibility is, therefore, at the heart of morality.

Yes, we can choose how we will live, but we must accept the consequences of our choices. We are always accountable.

But what has all this to do with the Webb?

Years ago, the astronomer Carl Sagan said that “…an essential element in our human future lies far beyond the Earth...” The Webb will help us recognize that our human future is not millennia away in time, nor at a distant point in the far-off cosmos, a point which Webb will at last reveal.

No, our human future is here and now, this moment, ever-present within us. Why? Because what we will one day be, we are now becoming. Inevitably we become the children of our own fidelity.

Yes, we are eventually fulfilled far beyond this Earth - but it is only upon this Earth that our fulfillment is decided.

Our future is the timeless present, in the Eternal Now. To the believer, it is so … and Faith urges us to gratefully accept what will ultimately be revealed -- that we belong to God alone. As Augustine says, it is for God that we yearn, and only in God shall our hearts be ever at rest.

The Webb will enthrall and enlighten us in dramatic detail, as it reveals more of Creation’s wondrous mystery – a mystery in which, our faith tells us, we are the most fortunate of participants.